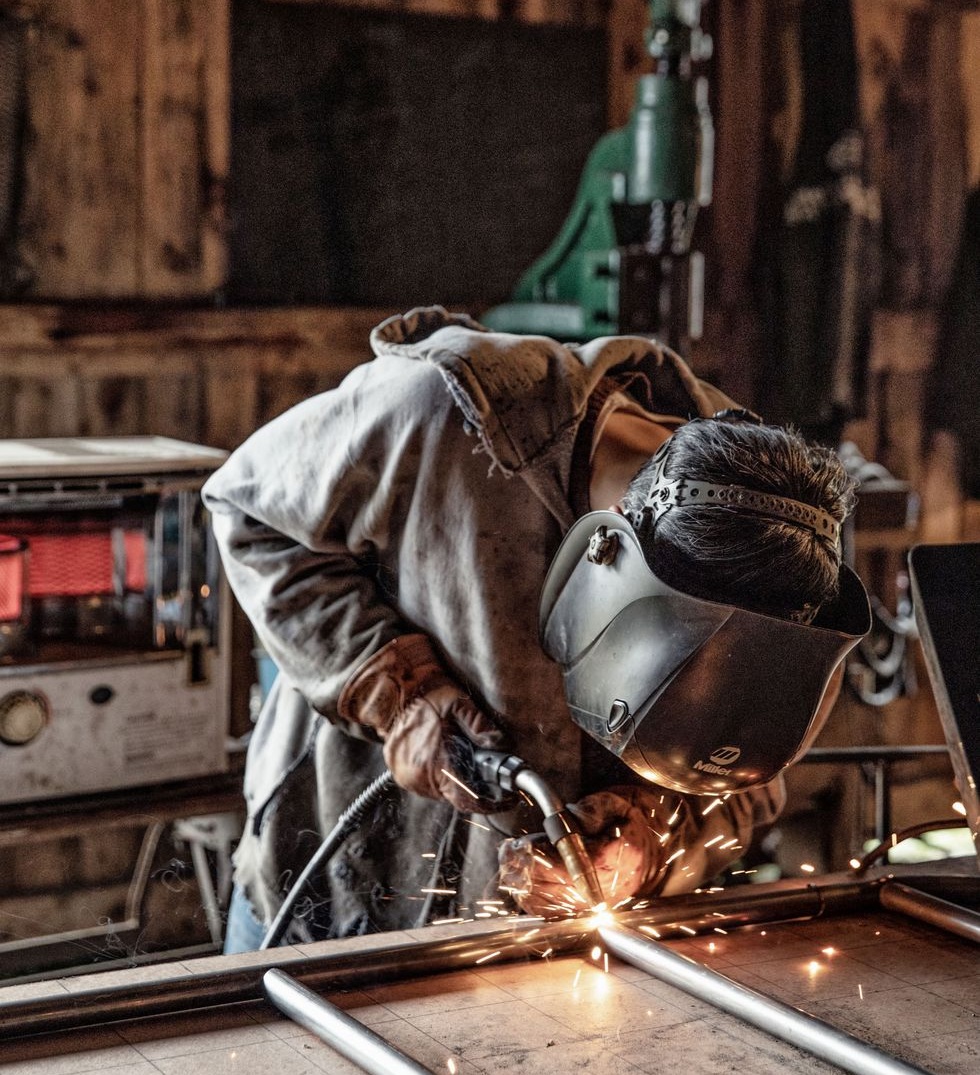 Hear the story of how Kevin Dupzyk from Popular Mechanics got his first taste of metalworking by working with Wicks Forge to build a custom cargo rack for his classic Jeep Wrangler in the June 2019 issue of Popular Mechanics here. Ever wonder what it's like to be a modern day blacksmith? Check out this feature from Brett Martin at Popular Mechanics from November 2017 here. Check out the March 2017 issue of Popular Mechanics for an article by Wicks Forge on how to turn copper plumping pipe into beautiful bracelets using only simple hand tools here.

In September 2016, Annie Graves from Yankee Magazine profiled Wicks Forge for their Open Studio segment. You can find the piece here. In June 2015, Popular Mechanics released a special issue dealing with the resurgence of makers in the US. Somehow, they found out about Wicks Forge and put us on the cover! You can purchase the magazine online and check out the interesting article about the American maker movement here.

In December 2015 I was asked to write about my adventures in blacksmithing in a series of five articles for the magazine, POTLUCK. You can check them out here. Warning - there is a great deal of swearing. In 2014 an amazing photographer named Karla Berstein reached out with an interest in doing a photography project on our shop and family history. This interest led to a really fun project and an even better friendship. Karla recently published the results of her work which you can find here.

In the summer of 2014, a group of guys started a company called Goods of Record. Their goal was to tell the stories of American Makers, not just sell their goods. Unfortunately, they were unable to scale their business, and in the summer of 2015 moved onto a new project called Text Stephan. However, you can still catch this awesome video they made about our shop and family above.

Wicks' Forge | Goods of Record from Kyle McMorrow on Vimeo.

In October 2014, Scot Haney from Better Connecticut came to the shop to shoot a segment for his show . You can find the video here. In the Spring of 2014, Carol Kaliff from the Danbury News Times called to see if she could come by the shop to shoot a story for their photo profile pieces. She came by and we had a great time connecting and discussing my grandparents, whom she had photographed for a story about a stolen Strativarius that my Grandfather had once repaired. You can find the full story here.